Back in February of this year I had the honour of representing Endeavour and Canada in the first-ever Global Pro Bono Summit in New York City. Co-hosted by Taproot Foundation and BMW Foundation, the four-day summit was an invitation-only annual convening bringing together pro bono leaders – both non-profit intermediaries and corporations – to connect and collaborate to advance the global pro bono movement.

As a Global Pro Bono Fellow, what did I take away from the summit? New connections, great ideas, and inspiration. I returned home energized and motivated by the people I met, the things I learned, and the opportunities I saw. At the end of the summit, all participants received a sketch of ourselves (by Taproot CEO/artist, Aaron Hurst), recognizing each of us as a Pro Bono Pioneer. Being recognized as a pioneer is empowering. It also comes with a sense of duty and commitment to create change, which often doesn’t happen without its own challenges.

Since the summit, I’ve been busy engaging in conversations with new contacts and building on new ideas. I’m delighted to share some highlights (on Facebook), and to reflect on what I’ve taken away from the Global Pro Bono Summit and what it means for Endeavour in Canada.


To achieve large-scale change and impact through pro bono and skills-based volunteerism, we need to change the way professionals and businesses think and act. Pro bono has long been associated with the legal profession, but that’s changing. Taproot Foundation and BMW Foundation, along with corporate leaders and a Billion+Change, are pioneering a movement – instilling the pro bono ethic in business professionals and mobilizing billions of dollars in pro bono service. More than 200 companies in the U.S. have pledged to provide pro bono programs in the Billion+ChangeWhite House campaign. Corporate leaders, like American Express, HP and Deloitte, to name a few, have partnered with Taproot Foundation to formally engage employees in volunteering by sharing their professional skills with non-profit organizations. The architecture and design profession in the U.S. is delivering an estimated $42 million in pro bono services annually through the 1% program, which challenges architecture and design firms nationwide to pledge a minimum of 1% of their time to pro bono service.

The pro bono movement spans the globe, with companies like Accenture, HP and Société Générale partnering with Pro Bono Lab in France, Microsoft, Goldman Sachs and Panasonic working with Service Grant Japan, and IBM, Intel and PricewaterhouseCoopers partnering with Huizeren in China. In Canada, Endeavour is collaborating with leading multinational pharmaceutical company, AstraZeneca, to engage employees in volunteer consulting with the company’s charitable partners. While pro bono in Canada has yet to reach the height of what it is in the U.S. or overseas, it is clear from the hundreds of professionals that have volunteered and applied to volunteer with Endeavour that there is a growing demand among Canadian employees for skills-based volunteer opportunities. Instead of painting walls and planting trees, imagine how much professionals can contribute by helping a non-profit with strategic planning or a marketing strategy to increase their impact in the community.

Endeavour is part of an emerging global pro bono movement that is gaining strength in the U.S. and abroad. How do we bring the movement to Canada? To start, we have been engaging in conversations with corporate leaders who have expressed interest in bringing pro bono to their Canadian employees. These companies are already doing pro bono in the U.S. and recognize the business value of pro bono. These conversations are an exciting step forward in taking pro bono to the next level in Canada.


The Global Pro Bono Summit gave exposure to the different models through which professionals are engaging in pro bono around the world. One particularly interesting model with potential to engage groups of professionals here in Canada is the “marathon” model. Similar to Endeavour’s non-profit case competition, the marathon model is an intense, short-term (e.g. one day) pro bono engagement. It provides professionals and companies with a taste of pro bono without the time-intensive commitment of a six-month consulting engagement, while still delivering benefits to the non-profit. In France, Pro Bono Lab has successfully held dozens of marathons with leading companies, and has recently expanded to engage business school students in pro bono projects with professionals through Campus Pro Bono. In the U.S. CreateAThon has been successfully holding marathons since 1998, with marketing, advertising and public relations firms providing pro bono services during a 24-hour creative blitz. Taproot has also done marathons with companies like American Express, Citi, Deloitte and HP.

Another effective model used by pro bono intermediaries from around the world is matchmaking. Although the matchmaking intermediary doesn’t usually get involved in project management, its potential to scale impact is much greater as a result of focusing its resources on matchmaking. For example, Catchafire in the U.S., an online matchmaker for non-profits and skilled volunteers, had 10,000 volunteers and 2,500 organizations signed up within its first three years. Public Architecture also provides online matchmaking, with more than 1000 architecture and design firms across the U.S. having already pledged their time through the 1% program.

There are other proven pro bono models used by corporate leaders. If we want to engage more companies and their employees in a pro bono movement in Canada, we need to explore and experiment with different models of engagement, while leveraging existing processes and local expertise. There is no one-size-fits-all approach, but there’s also no need to reinvent the wheel. Global Pro Bono Fellows and pro bono leaders from the U.S. have developed models with proven success that can be adopted and adapted to our specific context. Whichever model is used, the most important thing to keep in mind is that in the end it must be able to deliver impact to the non-profit and the community it serves.

It is encouraging and exciting to know that we are not alone in our mission to strengthen our communities by making the skills of professionals accessible to non-profit organizations. We are part of an emerging global pro bono movement. Perhaps the most significant impact of the Global Pro Bono Summit is that it has created a global network and platform for Pro Bono Fellows, pro bono intermediaries and corporate leaders around the world to connect and collaborate to advance our shared mission in our own communities. Since the summit, I’ve connected with the Global Pro Bono Fellows, Taproot Foundation, U.S. pro bono intermediaries and corporate leaders to continue our conversations, learning, sharing and collaborations. I look forward to reconvening at the 2014 Global Pro Bono Summit in San Francisco to spark new ideas and collaborations, and to keep the momentum going.

An exciting milestone was realized this year when Endeavour’s founder and President, Andrea Wong, was invited to attend the Taproot Foundation’s Global Pro Bono Summit in New York city.

The Global Pro Bono Summit is an annual gathering of leaders with a shared vision to make the talents and skills of the business community accessible to organizations serving our collective good. This year marked a new threshold in the development of the pro bono marketplace as 100 pro bono leaders from around the globe and across sectors and industries gathered over four days for the 2013 Summit.

Along with Endeavour’s President, the attendees were a group of enthusiastic people who are working towards promoting and organizing pro-bono work in their respective cities and communities. We reached out to some of the participants to see what they learnt, and how that learning would impact the work they are doing. 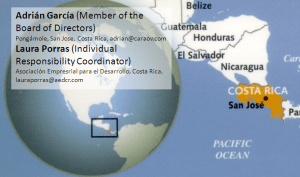 Adrián and Laura, attendees from Costa Rica, enjoyed meeting other people from around the world who are also promoting pro-bono work. They emphasized the importance of the contacts they made at the summit; sharing their best practices gave validation to the work they do. With all the information they obtained, they now have ways to tackle some of their daily challenges. In Adrián’s words, “We have many more live cases of people doing similar things around the world that we can use to promote certain projects or ideas that we need.” 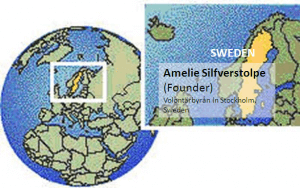 Planning is a big contributor to the success of pro-bono projects is a take-away that Amelie will be pondering during her trip back to Sweden. With the interest in pro-bono growing considerably, skill based volunteering will be something she is looking forward to implementing in the future. “Live as we learn!”, says Amelie, who is also excited to start practising what she preaches by utilizing pro-bono help for the work she herself is promoting. 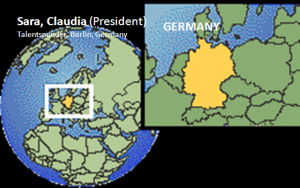 Not limited to Germany, pro-bono extends as a global marketplace that will have significant societal impact and relevance – this is what Claudia  realized after attending the summit. And in spite of being global, the language of pro-bono is something universal. “I understood how much corporations can leverage their daily business for the social cause” she says and now she can also reach out to corporations to encourage them to do so – which may assist in meeting some of her daily challenges. 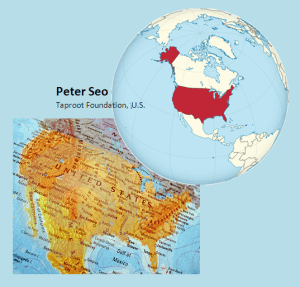 Currently working at Taproot in the US, Peter has his vision set on starting a pro-bono organization in South Korea. With a start-up in his mind, Peter found many useful contacts for partnerships, sponsorships and ideas for his business plan. The global expansion and presence of the pro-bono movement is encouraging for his new venture, in spite of potential cultural differences. “There were some challenges that I didn’t even think of”, says Peter and he was lucky to have received some great insights, prior to his start-up venture. 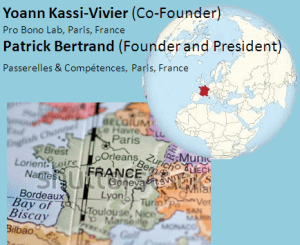 Representing France, Yoann and Patrick, found their discussions with international counterparts extremely engaging. “I’ve learnt that “pro bono” has become truly global”, Yoann says, yet it is catered to the domestic environment. They had a chance to discuss and get inspired by the variety of business concepts and models that each country has adopted and become successful in. Seeing so much global participation, it is little wonder that they felt rejuvenated and more motivated to continue their work. They also hosted a webinar using an application provided by Pro Bono Lab to develop a partnership in China. This laid the foundation to enable anyone, anywhere, to use their application. 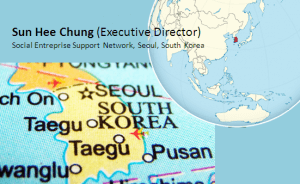 Sun Hee can be called a pioneer, since pro-bono service is something very new in the country of South Korea. Even though it is a relatively new concept, the country boasts of almost eight hundred corporations that actively engage in pro-bono service. Starting with books and the internet, Sun Hee can now move on to using resources that were provided and discussed at the summit. Sun Hee says. “Since the summit, I am starting to consider how we can set up an environment that would be flourishing probono service.”

Seeing such interest, participation and drive to do more for social causes, Endeavour is even more excited to be part of this international wave of inspiration and action. Andrea, representing Canada mentions her takeaways, “New connections, great ideas, and inspiration. I returned home energized and motivated by the people I met, the things I learned, and the opportunities I saw.”

We are very glad that we could take part in the summit and are looking forward to participating in similar events for active collaboration and partnerships throughout the world. We wish all the fellow attendees all the very best in their Endeavours and hope that our paths will cross soon again!